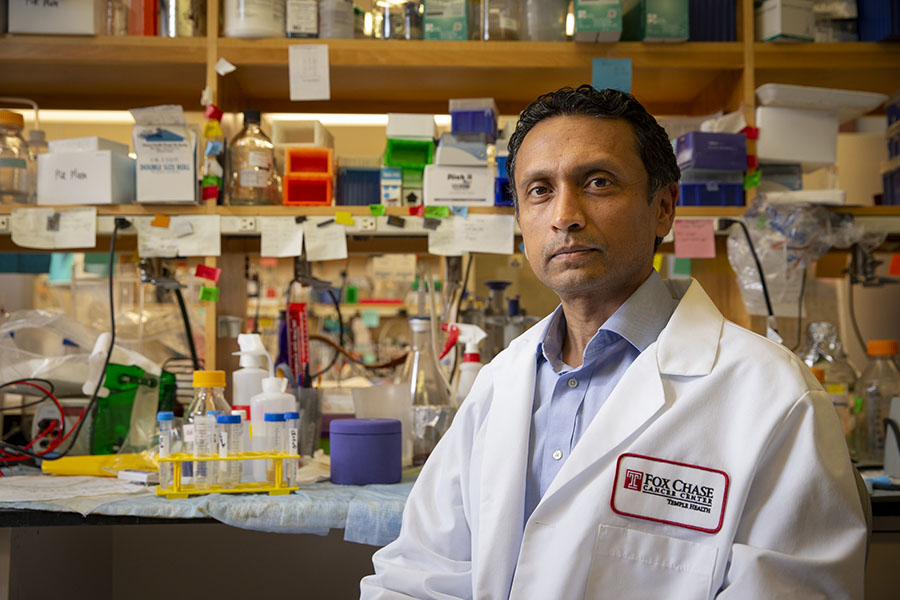 Researchers are constantly working to develop new cancer drugs. More recently, researchers have begun developing immunotherapy, which harnesses the power of the body’s immune system to target cancer cells. This newer type of treatment can stay effective for years, while many conventional cancer treatments, like chemotherapy, can eventually stop working because cancer cells develop resistance.

Despite the great potential of immunotherapy, the number of patients who benefit from it is relatively small, about 30%. This is because many tumors are immunologically silent, or “cold,” meaning they can trick the immune system into ignoring them as a threat.

Balachandran’s team found that CBL0137 sparked an antiviral response, which alerted the body’s immune system, making a “cold” tumor “hot.” When tested in mice, this affected certain cancer cells, making tumors more vulnerable to immunotherapy. The research is important because it could help more patients respond to immunotherapy–and response to immunotherapy can last for years in cancers that were once virtually untreatable.

A Quicker Path to a Clinical Trial

Since CBL0137 is already in clinical trials as a chemotherapy drug, many drug development steps are already done. Testing that can typically take a few years—safety and dosing, among others—are already completed. This means Balachandran’s research was able to move CBL0137 into clinical trials with immunotherapy more quickly than usual.

A trial headed by Anthony Olszanski, MD, RPh, Vice Chair of Clinical Research, is now underway at Fox Chase to test the use of CBL0137 with immunotherapy in patients with a certain type of melanoma. If this approach proves to be effective, it could mean that the 70% of patients who immunotherapy currently does not work for may have a reason for hope.