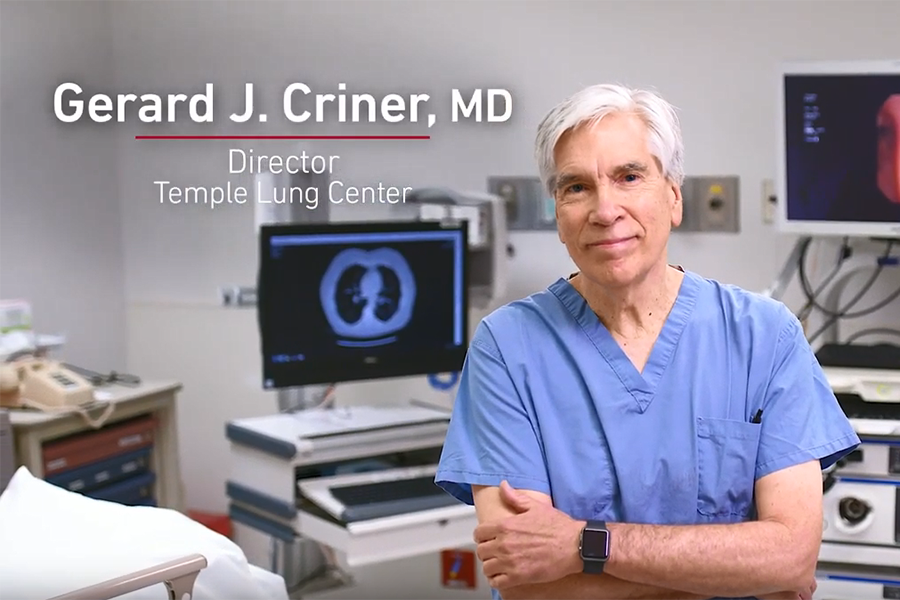 Three-and-a-half million Americans have emphysema, a severe form of chronic obstructive pulmonary disease (COPD) with no cure and — until now — treatment options were largely limited to medication, oxygen therapy and surgery.

For patients with severe emphysema, oxygenated air comes in, but exhaled breath becomes trapped in the lungs, caught in large pockets formed by the rupture of the lung's tiny air sacs. As the condition worsens, patients may get to the point where nothing can help, leaving major surgery as the only remaining treatment option.

One of these approaches is called bronchoscopic lung volume reduction (BLVR) in which a flexible delivery catheter and a tool called a bronchoscope are used to place tiny valves in the lungs, blocking off diseased parts and reducing shortness of breath. Recovery time is typically much faster than a traditional "open" surgery.

Dr. Criner was the first pulmonologist in the nation to perform this breakthrough procedure using two types of these endobronchial valves, both of which received FDA approval spurred by national clinical trials led by him. Dr. Criner and his Temple Lung Center team have the most experience with this technique in the country, and are training physicians from around the United States in its use.