Medications for Opioid Use Disorder: An Evidence-Based Approach to Managing OUD

The complex challenges of treating patients who misuse opioids can be daunting to primary care physicians. The complex nature of the socioeconomic, trauma, and environmental problems our community in North Philadelphia experiences put our patients at high risk for chronic medical diseases, including mental health and substance use disorders.

Without effective, evidence-based interventions, patients with opioid use disorder (OUD) commonly utilize costly avenues of care without much success. Substance use disorders like OUD should be viewed as chronic medical diseases and are uniquely amenable to management in primary care offices, much like hypertension, diabetes mellitus, and congestive heart failure. These are all disorders that are not typically curable, are highly dependent on medication, and have fluctuating periods of remission and exacerbation.

By employing a chronic disease model approach, treating the “whole-patient” by combining medications with counseling and behavioral therapies has proven effective in research conducted to date.

According to the National Institute on Drug Abuse (NIDA), data from 2018 showed that 128 people in the United States died every day from opioid overdoses. That year, the director of the National Institutes of Health announced the launch of the HEAL (Helping to End Addiction Long-Term) Initiative to accelerate evidence-based solutions to stem the crisis.

The combination of FDA-approved OUD medications (naltrexone, buprenorphine, and methadone) and behavioral and counseling therapies has been demonstrated in multiple publications to be the best approach to the treatment of OUD. Studies have shown to improve numerous metrics including a decrease in overdose deaths, decrease in transmission of HIV and Hepatitis C, increase in adherence to recovery services, decrease in instances of healthcare utilization, and a decrease in associated costs.

Researcher Siobhan Morse of the Foundations Recovery Network (FRN) initially collected data from 2,444 individuals treated for substance abuse and mental health problems at four residential treatment centers run by the FRN. Of those United States and Canadian patients, 2,200 agreed to participate in the study. Ultimately, the 967 patients who reported opioid use in the month prior to admission were included in the final analysis of their pretreatment and post-treatment hospital utilization. “Stabilization for many patients who report opioid use in the 30 days prior to treatment includes detoxification with medications, including buprenorphine and other opioid detoxification medications and protocols,” the study noted.

Furthermore, the cost of ER visits for those patients in the six months prior to their treatment was estimated at $1,650,055; those costs decreased to an estimated $601,599 six months after treatment. The cost of inpatient stays was estimated to decrease from $2,802,604 to $929,040 over the same period.

Another study, which assessed the prevalence of heroin overdose deaths in Baltimore between 1995 and 2009, concluded that increased access to opioid agonist treatment (buprenorphine) helped decrease such deaths from a high of 312 in 1999 to a low of 106 in 2008. “Implementing policies that support evidence-based medication treatment of opiate dependence may decrease heroin overdose deaths,” concluded the study, published in the May 2013 issue of the American Journal of Public Health.

Building on the body of evidence that comprehensive medication-assisted treatment is paying dividends in fighting OUD, Temple’s TRUST (Temple Recovery Using Scientific Treatments) program is an office-based opioid treatment program that leverages a network of agencies and experts throughout North Philadelphia.

Part of Temple’s research is attempting to identify the biological basis of increased opioid susceptibility induced by traumatic stress, which could lead to the development of preventive medication. Dr. Mary Morrison is studying the effectiveness of clavulanic acid, while another colleague is studying tetrahydropal-matine, derived from Chinese herbal medicine.

Also In This Issue: 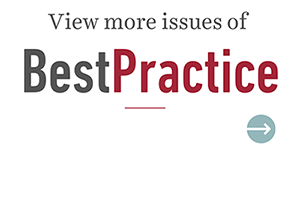