Because arrhythmias are electrical problems of the heart, your doctor will use one or more tests that record the heart’s electrical activity to make a diagnosis.

Electrocardiogram (ECG or EKG) is a simple non-invasive test that can be done in the doctor’s office using small adhesive pads called electrodes that are placed on the arms, legs and chest. These electrodes are connected to a machine that detects and prints out the heart's electrical impulses, giving a 10-second snapshot of what the heart is doing right at that moment.

Holter monitor is used to give a detailed analysis of the heart’s electrical activity over a period of 24 hours (1 day). For this non-invasive test, which is done at home, 4 or 5 adhesive electrodes are placed on the chest and connected to an electrical recording device that is usually worn on the belt or on a neck/shoulder strap.

This device records every heartbeat for the duration of the time that it’s worn.

Also referred to as TTM or “looping heart monitor,” a trans-telephonic heart monitor is another non-invasive test that is done at home, usually over 7 to 30 days.

During this test, 3 or 4 adhesive electrodes are placed on the patient’s chest and connected to a small device worn on the belt or around the neck. This device takes short electrical recordings whenever a button is pressed to indicate patient symptoms, and also whenever the device automatically detects an abnormality in the heart rhythm.

The electrical recordings are wirelessly sent to the doctor’s office using a transmission device that is plugged into the wall as part of the trans-telephonic heart monitor system.

This “implantable loop recorder” is a tiny device that is inserted under the skin in the center of the chest. It's used when arrhythmias occur rarely and are not able to be detected on an EKG, 24-hour Holter or with a 30-day monitor.

It is especially helpful when trying to determine whether an arrhythmia is responsible for a stroke or fainting spells. The implanted heart monitor communicates with a transmitter that is plugged into the wall, and sends electrical recordings to the doctor’s office whenever an arrhythmia is detected.

A test that is used to look for any arrhythmias that may occur during exercise or higher adrenaline levels. During an exercise stress test, an EKG continuously records the heart’s activity while the patient is walking and running on a treadmill at the hospital.

An EP study is a minimally invasive procedure where one or more small flexible electrical wires are inserted into a vein in the groin in order to take precise electrical recordings from inside the heart itself.

Each of these wires has several tiny metal recording electrodes that, when positioned in specific locations inside the heart, allow the doctor to use both recording and pacing techniques to analyze the heart’s electrical system in much greater detail than what can be seen on an EKG.

Sometimes intravenous medications are also given during this study, and the heart’s response to these medications provides additional information about possible arrhythmias.

Chest X-ray is a non-invasive test that takes pictures of the heart and lungs. These can help the doctor determine if there’s a problem that is causing chest pain.

A non-invasive test using ultrasound (sound waves) and a device called a transducer — which is placed on the surface of the chest. An echocardiogram allows your doctor to create a moving picture of the heart.

Heart catheterization is used to detect abnormalities of the heart valves, heart function and coronary arteries. This procedure uses a catheter (long thin flexible tube) that is inserted through a blood vessel in the wrist, leg, arm or neck to measure the pressure of blood in the heart chambers, take blood samples or view heart structures (using contrast dye).

Other possible tests may include:

If you're experiencing signs or symptoms of arrhythmias, schedule an appointment or call 800-TEMPLE-MED (800-836-7536) today.

Learn more about our doctors and care team who diagnose and treat arrhythmias.

Dr. Edmond Cronin was featured in a video interview with the Heart Rhythm Journal about catheter ablation of ventricular arrhythmias and was a panelist on a webinar and chat about the subject.

This monthly support group provides credible heart health information and social support for women at risk of or suffering from heart disease.

This monthly support group provides credible heart health information and social support for women at risk of or suffering from heart disease. 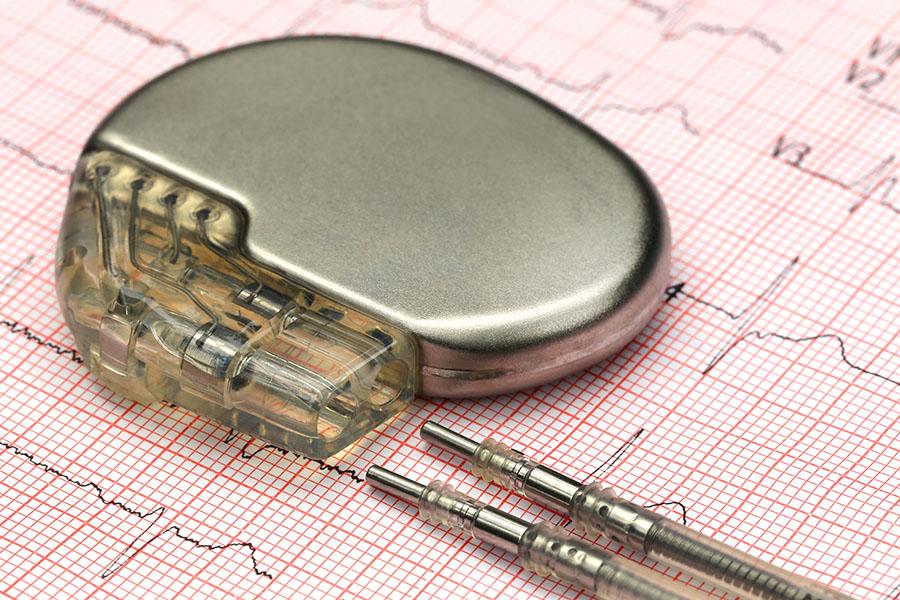 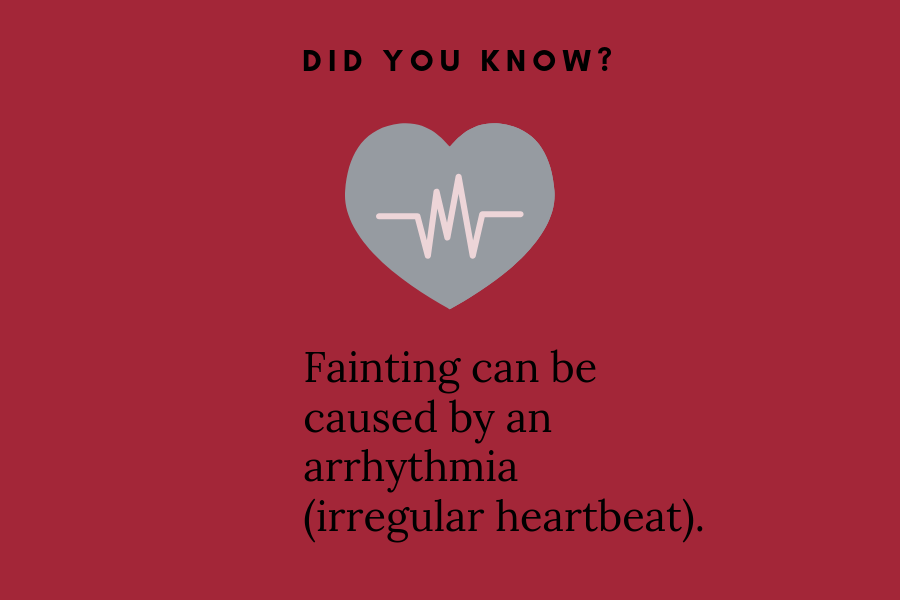 Should You Worry About Fainting?

Passing out usually isn't something to be concerned about, but sometimes it's a sign of a serious heart condition.