She is Breathing Easier After Visiting the Temple Lung Center

Iris M. suffered from asthma for her entire life.  It got to the point where she was gasping for air just walking around the block.

“I’ve been suffering for many years and it’s very scary to have asthma this severe,” Iris says. “It got so bad I couldn’t walk more than a couple blocks and climbing stairs was difficult. I had to stop to catch my breath every third or fourth step. I was taking steroid medications and had a rescue inhaler, but the asthma still wasn’t under control.”

Over the years, Iris’ attacks became so severe she couldn’t control them on her own. She was in and out of the hospital more times than she can count.  When she heard about an education session hosted by the Temple Lung Center on asthma in the LatinX community, she attended to learn more about managing her condition. It was there that she met Gustavo Adolfo Fernandez Romero, MD. Dr. Fernandez presented the session in Spanish, which made Iris feel comfortable. She approached him after the event and appreciated that she could speak with him in Spanish.

The Relief She Was Seeking

Iris scheduled an appointment with Dr. Fernandez where she shared her health history and all of the medications she was taking. Dr. Fernandez ran some tests and determined that Iris had severe asthma. He began treating Iris with a monthly biologic injection that has worked wonders to improve her condition.

A Return to Normal

“I’ve been 95% better with this treatment,” Iris says. “I can walk farther and I’m able to climb stairs again. I barely had any wheezing or used the nebulizer or rescue inhaler in the past 3 months." 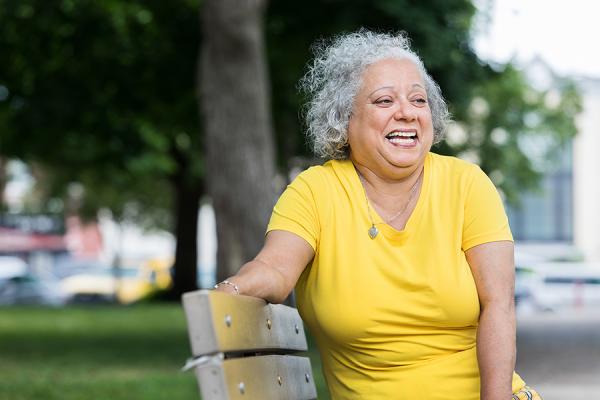