Cochlear Implants: How Are They Different from Hearing Aids?

What Is a Hearing Aid?

A hearing aid is a small electronic device that makes some sounds louder for a person with hearing loss. Hearing aids are typically worn one of two ways: either completely in the ear, or with parts inside of and behind the ear. They can help people in both quiet and noisy environments so they can listen and communicate better. Hearing aids are often used to improve hearing and speech understanding for people with a kind of hearing loss called “sensory-neural hearing loss.” This kind of hearing loss is caused when the nerve cells in the inner ear, called hair cells, are damaged. The more damage is done to a person’s hair cells, the more severe the hearing loss becomes. Individuals with severe hearing loss need a lot more power from the hearing aid for it to help them. If the hair cells are too damaged, hearing aids may provide little to no help to the user when it comes to understanding speech. So, what’s the next step after a hearing aid does not help a person with a severe to profound hearing loss? That person may be a candidate for a cochlear implant.

How Is a Cochlear Implant Different from a Hearing Aid?

In order to better understand the differences between a hearing aid and a cochlear implant, it is important to understand how each one works. A hearing aid has three basic parts: the microphone, amplifier, and speaker. Sound goes into a hearing aid through its microphone. When the sound is in there, the amplifier makes sound louder. Then, that sound is sent to the inner ear (a part of the ear you cannot see when you look at someone) through speaker.

Once the sound gets to a person’s inner ear, the hair cells in that area send the sound to the hearing (auditory) nerve. This nerve sends the sound signal on to the brain. The brain makes sense of that signal so a person can understand it. When a person has a hearing loss, the hair cells that send the signal from one spot to another become damaged. When they become damaged, the signal that they send to the brain becomes unclear. When the brain gets a signal that is not clear, it is hard for that person to understand speech, even though the sounds are loud enough to hear. Words may sound garbled to the person with hearing loss.

When we talk about a cochlear implant, we are actually talking about a device with multiple parts. There are external (outside) parts to the implant (called the “microphone,” “sound processor,” and “transmitter”), and internal (inside) parts to the implant (called the “receiver-stimulator” and the “electrode array”). Sounds are collected and changed by the outside parts and sent to the inside parts. Remember, sound has to change into electrical signals so that when it reaches the electrodes, they can pass these signals on to the brain. This process is described here:

The outside parts of a cochlear implant usually look like a hearing aid and sit behind the person’s ear. Unlike a hearing aid, the part that sits behind the ear is connected to something else: a magnet. That magnet sits on the person’s scalp. It attaches to the magnet of the receiver-stimulator (one of the inside parts to the implant): This is the part where the outside part of the device connects to the inside part of the device. 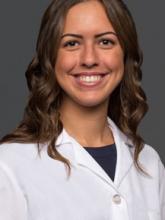 Maria E. Pomponio, AuD, CCC-A, FAAA is an Audiologist at the Temple Head and Neck Institute and an Instructor of Clinical Otolaryngology/Head and Neck Surgery at the Lewis Katz School of Medicine at Temple University.  Maria specializes in newborn hearing screenings, pediatric diagnostic assessment, the evaluation and management of central auditory processing disorders in adults and children, electrophysiology, vestibular evaluations, and ototoxic monitoring. 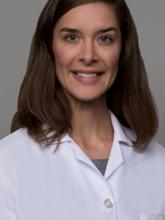 The Surprising Facts About Women and COPD

Learn how this common lung disease presents differently in women than in men.

Should I Get a COVID-19 Vaccine Booster Shot?

When George found out he had cancer in his left lung, he was shocked. He didn't have any pain or symptoms. In this Q and A, find out more and what he wants others to know about his experience.