Cynthia Is Living an Active Life With Pulmonary Hypertension

Cynthia describes herself as a very active person. That’s why she was so concerned when she began struggling to breathe and felt lightheaded while putting her Christmas decorations away in the basement.

She visited an urgent care center near her New Jersey home, thinking she might have COVID-19. But instead of testing her, a doctor expressed concern about her symptoms and told her to go straight to an emergency room.

Cynthia ended up spending a week in the hospital, during which time she was diagnosed with pulmonary arterial hypertension, a dangerous condition where pressure builds up in the blood vessels leading from the heart to the lungs. This causes the arteries to narrow and restrict blood flow, which results in less oxygen in the blood.

A pulmonologist told Cynthia her condition required the care of a specialist in pulmonary hypertension. While she waited for an appointment with a local doctor, she continued to struggle with worsening symptoms.

Seeing how much she was laboring one night, her husband rushed her back to the ER. As a result of her condition, she had also developed atrial fibrillation – an irregular, often rapid, heart rate that can cause poor blood flow. That’s when a doctor recommended she see a specialist at the Temple Heart & Vascular Institute.

The day after she was discharged from her local hospital, Cynthia met with Anjali Vaidya, MD, FACC, FASE, FACP, Co-Director of the Pulmonary Hypertension, Right Heart Failure, and CTEPH Program at Temple. Dr. Vaidya admitted Cynthia to Temple that day.

“When they put me on oxygen during my second hospital stay, I was really down. I was perfectly healthy, and now all I wanted was to feel better,” Cynthia says. “Dr. Vaidya saw how frustrated and scared I was. She told me, ‘Don’t worry. We deal with this every day. We’ll make sure you get your life back.’ And that’s what they did.”

Over the next week, Joshua Cooper, MD, Temple’s Director of Cardiac Electrophysiology, performed a minimally invasive procedure to correct Cynthia’s irregular heart rhythm. Dr. Vaidya prescribed her two medications: one that helps reopen her narrowed blood vessels and another that relaxes her pulmonary arteries and lowers the pressure in her lungs. Cynthia felt much better within a couple of days, and by the time she was discharged, she no longer required oxygen.

For the first time in months, Cynthia felt like she was getting her life back.

A Return to Normal

When Cynthia followed up with Dr. Vaidya 3 months later, she was told her heart showed great improvement in its ability to pump blood. It was night and day compared to its condition during her first hospital stay 8 months earlier. 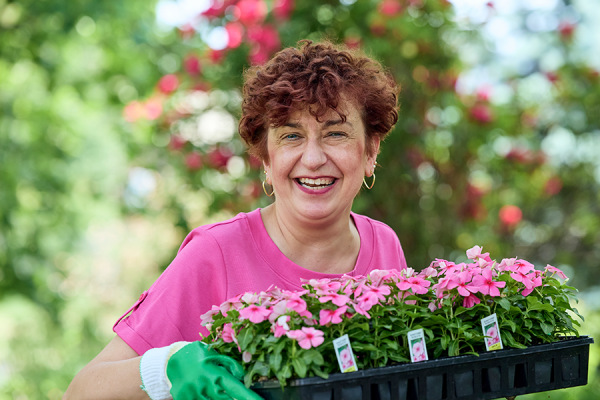 Soon after that appointment with Dr. Vaidya, Cynthia set out for a casual walk with her niece and sister and got lost in conversation along the way. When they returned home, her niece’s fitness tracker indicated they’d taken 12,000 steps. Cynthia couldn’t believe it. She barely even noticed the effort.

Cynthia’s pulmonary hypertension still needs ongoing management, but with Dr. Vaidya and the Temple Health team at her side, she is happy to be able to return to the active life she previously enjoyed.