George M. was born and raised in Philadelphia, served his country as a U.S. Marine, and spent two decades as a city police officer. He was also a smoker for 60 years — a common habit that many young people picked up years ago before the dangers of smoking were known.

In 2018, George was diagnosed with lung cancer.

Fortunately, it was treatable with surgery, and today he is cancer-free and living a life that he describes as “a joy.” He even got to throw out the first pitch at a recent Phillies game!

In this Q&A, we talked with George to find out more about his diagnosis and surgery, and what advice he has for others.

Q: What led you to Temple for a CT scan? Were you having certain symptoms?

George: I had no idea that I had cancer. I had no pain or other symptoms. Actually, my primary care doctor ordered routine blood work and something came back that made him suspicious. Based on my smoking history and the test results, he advised me to have a CT scan. I went to Temple for the scan, and it found lung cancer in my left lung.

Q: How did you react when you found out you had lung cancer?

George: I was nervous and afraid, but it was understandable. After smoking so long I realized that this could happen to me. But Temple, along with my doctor, Cherie Erkmen, MD, was the answer I needed. She explained everything to me and advised me that surgery was the best way to go because the cancer could spread and become very serious.

George: I had 20% of my left lung removed. It was done robotically, and I didn’t have any complications or pain afterwards. Temple is an expert in this type of surgery, and Dr. Erkmen went over all the details beforehand, so I felt comfortable.

After the surgery, I was only in the hospital for a few days, and had a pretty easy recovery. The whole experience was dynamite.

Q: Did you have any other treatments for your lung cancer?

George: Since they caught my cancer in an early stage and performed surgery to remove it, I didn’t have to have other treatments like radiation or chemotherapy. It’s been 3 years since my surgery, and I recently went to my oncologist for a follow-up. He told me that everything looks good and I am still cancer-free. 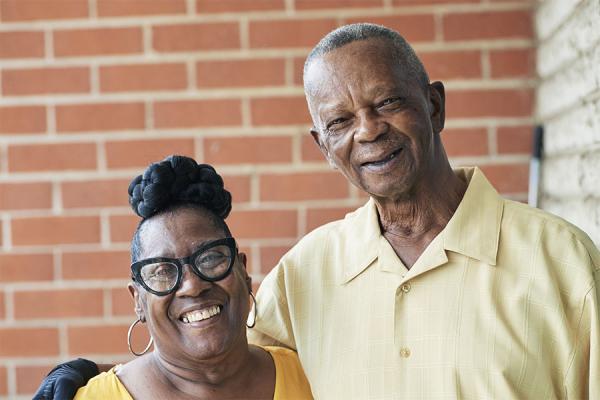 Q: How do you feel today?

George: I feel fine, I’m really enjoying life. It’s a blessing to be living cancer-free and knowing I have years left to live. I appreciate everything, especially my wife of 52 years and our grandchildren and great-grandchildren.

Q: What do you want others to know about your experience?

George: Know your own health. Keep up with your doctor’s appointments and health screenings so you can catch a problem early, like I did at Temple. Men tend to not see their doctor. I’m here to tell them to go to the doctor and find out what’s going on in your body. It can save your life.

Should I Avoid Gluten?

Gluten-free diets are popular with many people. But there are some people who truly need to avoid gluten.