Not long ago, we saw a 62-year-old male patient named Kevin who came to us complaining of shortness of breath. He’d had blood clots that had traveled from his leg to his lungs (known as a pulmonary embolism) 30 years before, and another episode in the mid-1990s. Over time, these blood clots grew and obstructed his pulmonary artery. He’d also been diagnosed with a blood clotting disorder called protein S deficiency. He reported passing out twice while either coughing or exerting himself in the past three months.

Kevin had developed pulmonary hypertension (PH), increased pressure in the pulmonary arteries. These arteries carry blood from your heart to your lungs to pick up oxygen. PH causes symptoms like shortness of breath during routine activity (for example, climbing two flights of stairs), tiredness, chest pain, and a racing heartbeat. As the condition worsens, its symptoms may limit all physical activity.1

Here’s what happened next for Kevin:

Kevin is feeling great these days. 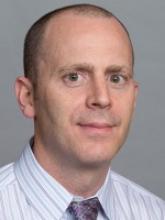 Dr. Forfia is recognized internationally for his ability to use echocardiographic readings to differentiate between arterial and non-arterial causes of PH. This more discriminating echo reading allows him to quickly rule out certain conditions, avoid unnecessary catheterizations, and streamline all the follow-up testing and treatment.

Find out why regular cholesterol checks are essential to maintain your heart health.

When Should I Worry About an Irregular Heartbeat?

Some arrhythmias are not serious, but others need a doctor’s attention.