Cardiac Devices Get Smaller and Smaller

It’s not just laptops, cell phones, and music players that have shrunk in size as the years have gone by; pacemakers and implantable cardiac monitors to detect atrial fibrillation have too. They’re among the widely-used cardiac devices that are taking a cue from the consumer electronics industry and becoming smaller and smaller. These amazingly small devices also mean it’s easier for us to place them and easier for you to recover from the procedure. Often, these devices can be implanted under the skin on the front of the chest rather than requiring more invasive measures as in the past.

Designing and building ever-smaller medical implants isn’t a new idea, and patients have already benefitted in major ways. In fact, a recent Pacing and Clinical Electrophysiology article reviewed the Reveal LINQ™ implantable cardiac monitor, which is the smallest heart monitor on the market and even smaller than its predecessor, the Reveal XT™, for long-term safety. Thirty patients were studied, all of whom had had Reveal LINQ™ ICMs implanted between March 2014 and January 2015. The consistent detection of heart events is an important safety feature of an ICM. Despite the noticeable size reduction, the Reveal LINQ™ ICM was shown to retain reliable sensing quality over time.1

Taking the “Fiction” out of Science Fiction

It didn’t seem possible just a decade ago, but now “minimally invasive” isn’t just a fancy new buzzword; it’s the standard of care. With these smaller devices has come greater possibility for minimally invasive surgeries, which means shorter hospital stays, easier recovery, and fewer complications. Remember those laptops and cellphones we mentioned in the beginning of this piece? The high-performing chip technologies that have made those possible have laid the foundation for the evolution of miniaturization within the medical device market. In addition to microchips, these devices offer:2

Over the next few decades, many doctors believe the companies that manufacture devices will work to miniaturize them even more, which will lower the risks of bleeding and infection that patients now face.

On April 6, 2016, the FDA approved Medtronic’s Micra, the world’s smallest pacemaker, for use in the United States. Micra is about the size of a multivitamin pill (seriously), and is implanted inside the heart, where small tines then attach it to the heart wall. Doctors guide it from the groin directly into the heart through the large blood vessel in your thigh.

In addition to its tiny size, another major advantage of the new technology is that it eliminates the wires, or “leads,” that connected traditional, larger pacemakers to the heart. A study of clinical trial results, published in the New England Journal of Medicine, found that compared to traditional pacing systems, leadless pacing with Micra had significantly fewer major complications, like infections that used to plague this procedure in the past.

Not every heart-related problem can be solved with miniaturization, but it has given us as cardiologists more options to offer to you, our patients, for certain conditions. I believe that in future years and decades, even more devices will be made smaller, and the procedures required to implant safer as a result. 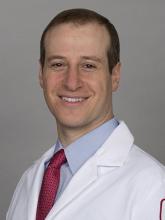 Dr. Cooper, Director of Cardiac Electrophysiology at the Temple Heart and Vascular Institute, is nationally recognized for his expertise in the diagnosis, treatment and risk assessment of arrhythmias that occur in normal hearts, inherited arrhythmia syndromes, congenital heart disease and various cardiomyopathies. A prolific researcher, Dr. Cooper has conducted both translational and clinical research, and has participated in many national and international clinical studies that seek to identify improved methods of arrhythmia management as well as to develop and refine new catheter and implanted device technology. He has more than 80 peer-reviewed scientific publications, over 110 nationally-presented abstracts and several EP textbook chapters to his name.

5 Things to Know About Tendonitis

This painful injury should always be treated and never ignored.