The Temple Lung Center is a world leader in the testing and use of endobronchial valves for bronchoscopic lung volume reduction (BLVR) in patients with severe emphysema. We have the most experience of any other hospital in the country.

Our doctors have led national groundbreaking studies that proved the valves work. And we’re a national training site for hundreds of pulmonologists who come from across the country to learn how to implant the valves.

Dr. Criner has led or been involved in every BLVR study for the last several decades. In fact, Temple doctors were the first in the U.S. to perform BLVR, and played a leading role in the clinical trials that led to FDA approval for the Zephyr® and Spiration® valves. 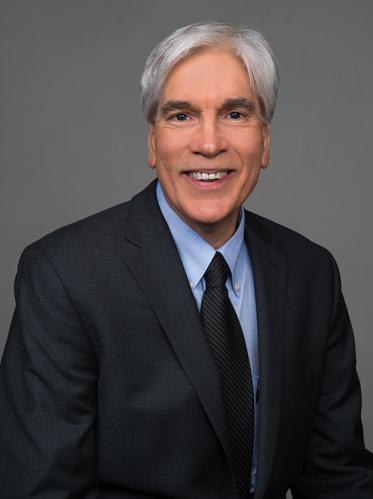 The Temple Lung Center has one of the most active pulmonary research programs in the world. Our doctors have been involved in every major bronchoscopic lung volume reduction study over the past 25 years. This means patients can often access new or emerging therapies that are not offered at most hospitals.

The Temple Lung Center is a national Clinical Center of Excellence for peer instruction in selection and performance of bronchoscopic lung volume reduction using endobronchial valves.

Dr. Criner trains doctors from across the country who come to Temple to learn how to use these valves and care for the patients who receive them.

Dr. Criner helped design and led the LIBERATE study, which showed that the Zephyr® Endobronchial Valve successfully reduced shortness of breath and improved respiratory function and quality of life. He was also the first author of the study, the results of which appeared in the American Journal of Respiratory and Critical Care Medicine and led to the Zephyr® valve being FDA approved in June 2018. In August 2018, Temple became the first U.S. hospital to treat a patient with the Zephyr® valve following FDA approval.

While patients who remained on standard drug therapy did not change or worsen over time, the patients who responded to Zephyr® therapy continued to experience clinical benefits 12 months after receiving treatment. Over the long-term, the frequency of adverse events between the two study groups was comparable.

The Temple Lung Center played a leading role in the EMPROVE study, which showed that severe emphysema patients treated with the Spiration® Valve System had significant improvement in lung function, shortness of breath and quality of life.

Dr. Criner was principal investigator and lead author of the study, the results of which appeared in the American Journal of Respiratory and Critical Care Medicine.

Watch this 6ABC video about Temple Health patient Ronny Neal, who was a part of this study >

Temple Lung Center doctors have been involved in the study of every device used to perform bronchoscopic lung volume reduction.

Results of these studies have appeared in peer-reviewed medical journals such as the New England Journal of Medicine, Journal of the American Medical Association, European Respiratory Journal, THORAX, CHEST, Respirology, Respiratory Research, and American Journal of Respiratory and Critical Care Medicine.