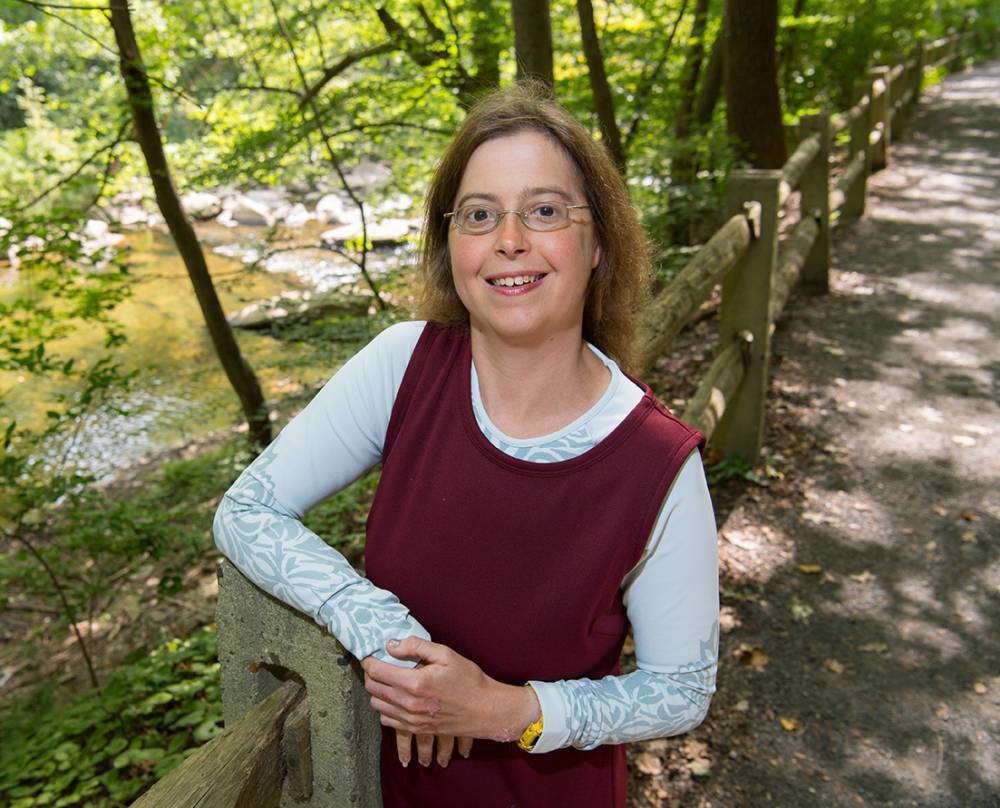 Hannah has always been active and enjoys outdoor activities. She even completed a few triathlons. She first experienced asthma as a teenager, but could still lead an active lifestyle with inhalers and medication.

However, when Hannah was in her early thirties, her asthma became more severe. “I was missing work, I couldn’t catch my breath, and I would have to drive myself to the ER. I would have to be admitted to the hospital because the condition was so severe,” she recalls.

During this time, Hannah was being treated by a pulmonologist near her home in Montgomery County, PA. “We tried steroids, different inhalers, other oral medications, and nothing seemed to be helping. I was continuing to miss work and I knew I needed to take action,” she adds. “The asthma flare-ups were getting worse and worse.”

Hannah began researching Bronchial Thermoplasty and her options for receiving the procedures. The Temple Lung Center was the first center in Philadelphia to offer this innovative procedure commercially. She was impressed with what she read online about Temple and discovered that Dr. Kartik Shenoy, a pulmonologist with the Temple Lung Center, was very experienced in performing the Bronchial Thermoplasty treatments.

“When I first met Dr. Shenoy, I was immediately impressed with his kind demeanor and interest in helping me. He’s compassionate and said he could help me live a better life,” shares Hannah. “He told me I was a candidate for Bronchial Thermoplasty."

Ten Miles Without an Inhaler

Since the final treatment, Hannah says her life has changed for the better. “Last year, I could barely walk for a half-mile and now I walk five miles a day,” she says. In fact, Hannah ran 10 miles in the Broad Street Run this year. Afterwards, she contacted Dr. Shenoy to say “I didn’t need to use my inhaler once!”

In April 2018, she finished the fourth annual Spring Fling Run Festival 5-mile race in Montgomeryville, PA. Hannah dealt with a foot injury shortly after, but she addressed the injury with the help of doctors from Temple Orthopedics so that she could complete the 2018 Broad Street Run.