What Should I Know About Small Intestinal Bacterial Overgrowth?

Small Intestinal Bacterial Overgrowth (or SIBO for short) is a condition caused by an excessive amount of bacteria in the small intestines. While the small intestines usually have a small amount of harmless bacteria present, in some situations the amount or type of bacteria may grow in excess amounts. This can lead to what is called “overgrowth”. When exposed to commonly ingested nutrients such as carbohydrates, these bacteria can break the nutrients down (a process called fermentation). This can produce gases that may give all sorts of unwanted symptoms.

What Are the Symptoms of SIBO?

People with SIBO may complain of abdominal pain, bloating, flatulence, diarrhea, or a combination of these symptoms. Of course, these symptoms can also be present in other gastrointestinal disorders, including Irritable Bowel Syndrome (IBS), lactose intolerance, and colon cancer. Therefore, it is important to be evaluated by your doctor before just assuming that SIBO is the cause of your problems. More severe cases may lead to deficiencies in important vitamins and minerals, including vitamin B12 and iron. Protein and fat malabsorption can also occur. These deficiencies can result in significant nutritional abnormalities, leading to malnutrition, weight loss, anemia, fatigue, inability to concentrate, and more.

What Are the Risk Factors For SIBO?

Conditions that perturb the normal movement of the intestines or affect the secretion of stomach and intestinal juices can predispose to bacterial overgrowth. Risk factors include adhesions from prior surgeries, poorly controlled diabetes, scleroderma or a history of narrowing of the intestines (e.g., Crohn’s disease). Certain medications including the narcotic pain killers and over-the-counter medications such as acid reducing medications and allergy medications may also predispose patients.

How Is SIBO Diagnosed?

Your doctor may have a suspicion that you have SIBO based on the above mentioned symptoms and risk factors. A lactulose or glucose breath test is a procedure that may be used to confirm the diagnosis. This is a simple, easy, totally non-invasive test. You drink a little sugar water and then give a breath sample into a bag for a few hours. Really, it is just that easy. The test is based on the principle that when a person with SIBO ingests a certain amount of sugar, the abnormally large amount of bacteria in the small intestines will generate a large amount of gases, such as methane or hydrogen. These gasses can be measured in the breath with the available testing apparatus.

How Is SIBO Treated?

A course of antibiotics is used to eliminate the abnormal bacteria from the small intestines. It is also important to reverse the vitamin or mineral deficiencies that may have been caused by the disease. Since SIBO may re-occur if risk factors for the condition remain unchanged, it is important to discuss with your gastroenterologist how to prevent a recurrence of small intestinal bacterial overgrowth.

While SIBO is an uncommon cause of abdominal pain, bloating, gas, and diarrhea, it is becoming increasingly recognized as the source of digestive problems in many people. A simple test and straightforward treatment can lead to a lot of relief. 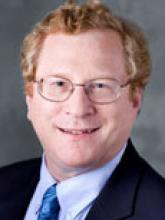 Dr. Krevsky is a gastroenterologist with clinical interests in colonoscopy, GERD, constipation and capsule endoscopy. A Professor of Medicine at the Lewis Katz School of Medicine at Temple University, Dr. Krevsky is an active clinician and educator, having published over 200 papers, audiotapes and books. He is also a member of several organizations, including American College of Gastroenterology, American Society of Gastrointestinal Endoscopy, and American Gastroenterological Association.

Muhammed Shafqet, MD is a rising second year fellow in Temple University Hospital's Gastroenterology fellowship program. Dr. Shafqet’s clinical interests include all areas of general gastroenterology and hepatology. He is a member of several professional societies and in his spare time enjoys travel and spending time with his family.