When the two lower heart chambers (the ventricles) don’t contract at the same time, this can reduce the heart’s ability to pump enough blood, and may lead to fatigue, shortness of breath, and other issues. To re-synchronize the heartbeat, Temple’s cardiovascular surgeons may implant a relatively new device called a biventricular pacemaker. Implanted in the skin below the collarbone, with wires extending into each ventricle—a biventricular pacemaker monitors the ventricles’ contraction and, when necessary, sends an electrical signal to keep them beating in unison. The pacemaker can also be programmed to serve as an implantable defibrillator.

Our team of electrophysiologists and cardiovascular surgeons specialize in diagnosing and caring for patients with heart rhythm disorders, and are highly experienced at pacemaker implantation. Thanks to our advanced electrophysiology and catheterization facilities, we offer a variety of catheter-based and minimally invasive procedures for implanting, repairing, and replacing biventricular pacemakers, aiming to maximize patient comfort. 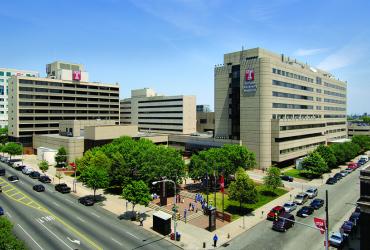