What Is Lyme Disease?

Lyme disease is a bacterial infection transmitted to humans through the bite of an infected tick. Typically, a tick must be attached for between 36 and 48 hours to infect a person.

The disease is caused by the bacterium Borrelia burgdorferi. It can be found across the U.S. and is spread by the blacklegged tick in the eastern U.S. and upper Midwest and the western blacklegged tick on the Pacific Coast. Peak season runs from May to September, although ticks can transmit Lyme disease all year long.

Lyme disease symptoms often mimic those of other illnesses. Some of the most common include:

The "bulls-eye" rash that develops with most cases of Lyme disease is usually enough to make a diagnosis. Not everyone develops the rash, however. Two blood tests, the ELISA (enzyme-linked immunosorbent assay) and the Western blot test can confirm a diagnosis.

Rather than checking for the presence of the Lyme disease bacteria, the tests check whether the body has developed antibodies (special proteins) to fight the bacteria. The tests are most reliable a few weeks after being infected, after the body has developed antibodies. The ELISA test is used first, followed by the Western blot test. Positive results (the presence of antibodies) for both tests confirms Lyme disease.

Getting prompt treatment is critical for a complete and quick Lyme disease recovery. Early-stage treatments include:

Most people recover following treatment, but a small percentage continue to experience symptoms. Medical experts are unsure why symptoms sometimes persist, and research continues to better understand this phenomenon.

Ticks can make their way into the home on clothing and pets, and attach to a person later. That's why it's important to check for ticks if you've been in an area that may have them. Showering within 2 hours of being outdoors may help wash off unattached ticks. It's also a good time to do a full body check, including:

What to Do If You Find a Tick

If you find a tick, remove it as soon as possible. Use tweezers, grasping as close to the skin as possible, near the tick's head or mouth. Pull carefully and steadily without crushing or twisting the tick and flush it down the toilet. Clean the bite area and your hands with soap and water or rubbing alcohol.

Learn more about our infectious disease doctors who diagnose and treat Lyme disease. 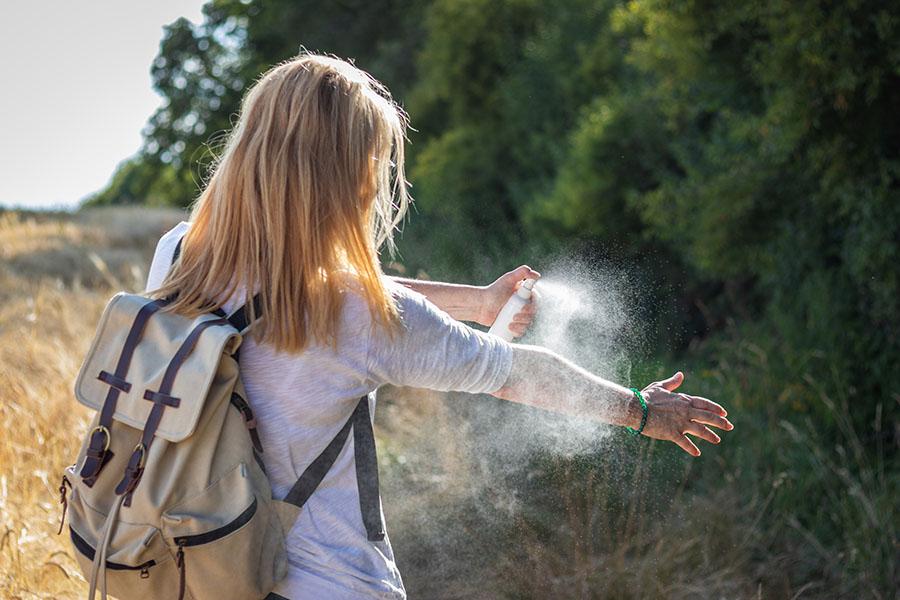 How to Avoid Bites and Stings from Pesky Bugs

As temperatures rise and you enjoy the fresh air more, there's a good chance you won't be alone — many insects will be joining you! Here are ways to protect you and your family, and when to seek treatment if bitten or stung.